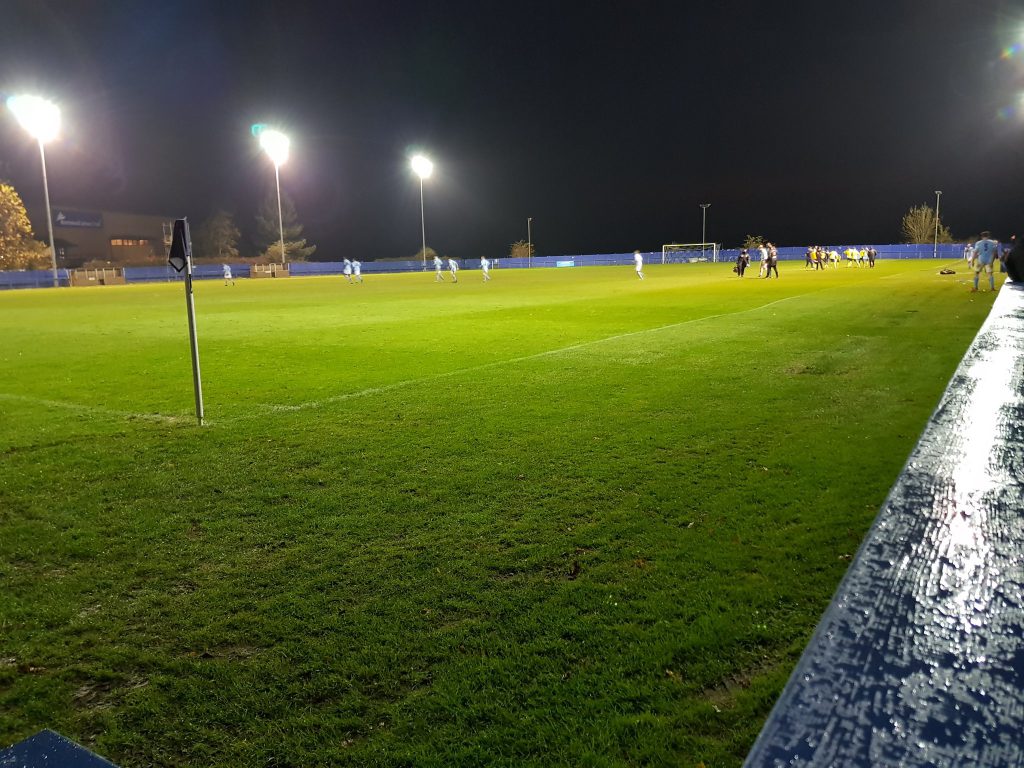 Borough’s unbeaten League record could not realistically survive for 46 games and it was duly terminated  at the 14th hurdle.    It need not have happened for Borough totally dominated the first half  but were let down by consistently lacklustre finishing when they should have been home and dry.    In fact, one of the far fewer Brentwood chances saw them take the lead from the penalty spot after 23 minutes.    Borough persisted in a long ball game throughout the second half with which Brentwood coped reasonably comfortably;  Borough were denied a penalty for a foul which looked as indisputable as that given against them but the referee deemed otherwise and a 75th minute breakaway goal when Borough lost the ball well upfield sealed their fate.

After an away League game at Canvey Island on Tuesday 21st,  Borough will entertain Thame United of the Evostik Southern League Division One East on Saturday 25th in the 3rd and final Qualifying Round of the Buildbase FA Trophy.