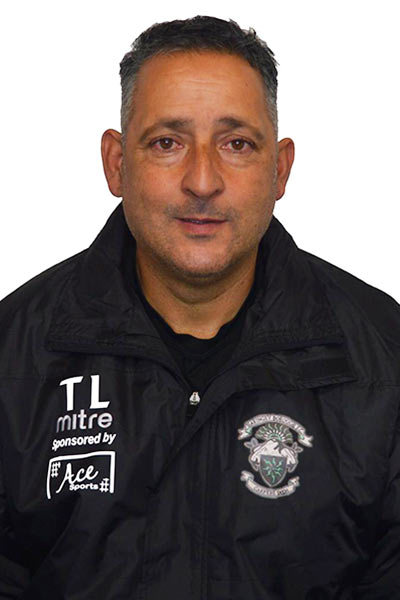 Boro suffered defeat at the hands of a very strong Hanwell Town side in what turned out to be a very entertaining end to end match which thrilled the boro faithful and the travelling Hanwell fans  who attended.

Everyone in the  stadium was shocked to see former Spurs centre half Sebastien Bassong line up alongside Rakim Richards at the heart of the Boro defence. An absolute privilege for the Club to field a player of his stature and testament to how far the Club have come in such a short space of time.

Boro began the stronger and with Aresti, Durojaiye and Dombaxe controlling the midfield and Macca and  Bowling on the wings Boro looked to exert pressure on the Hanwell goal.

One such fine move after 20 minutes led to Aresti being thwarted by the excellent Hanwell keeper  . Moments later it was Aresti again who came close just missing the far post from close range after excellent wing play by Bowling and Olufemi.

Aresti then put Macca clean through but his delayed shot was blocked .

With the Boro defence holding firm as you would expect, Hanwell then started to get a foothold in the game and took a surprise lead against the run of play on 30 minutes when a quick throw in was knocked on to the  onrushing striker (10 ) who calmly with a deft touch created space inside the area and he tucked the ball home past the advancing Pajetat in goal . Boro huffed and puffed and missed a couple of chances before half time and Hanwell were once again indebted to their fine custodian for a couple of point blank saves from Abdul the Boro number 9

Manager Tom Loizou ,as he had done last Tuesday against Aldershot Town, changed the entire team at half time , making sure everyone got some much needed game time. Hanwell started the better in the second half and quickly doubled their advantage after the ball was allowed to run across the penalty area to the unmarked Hanwell forward who scored with ease. This provoked a good response from the Boro boys who tried to get back into the game. Lots of effort but little in the way of clear cut chances and Hanwell extended their lead after a cross to the far post was headed in by the Hanwell substitute centre half .

Boro pushed as before and in the 90 minute clawed a goal back through the efforts of Akindeyini who smashed the ball home from close range. A good game which will benefit both sides and we wish our friends from Hanwell all the very best of luck in their quest for promotion next season. Boro now face an away game against Kings Langley on Saturday 5 September 3 pm ko . Boro fans attending the game can provide their details if they wish via the track and trace system Kings Langley have in place . They can register for the app which is called  Eve pass in advance or do so at the ground via their phones by scanning the QR code that will be available   .

The match day  programme can be viewed here