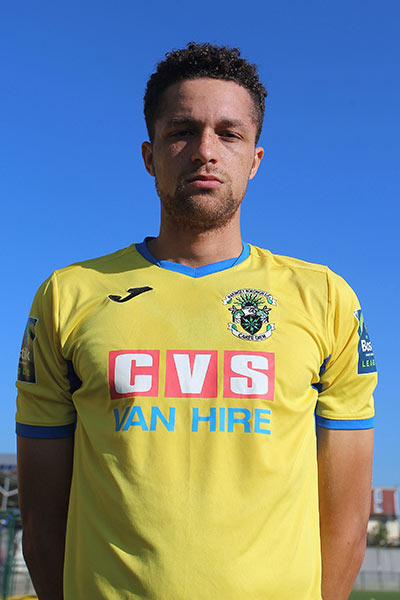 A great result and a great performance from the Boro after the disappointment of last weeks defeat at Harlow Town.
Margate assisted by 3 new midweek signings were looking to get their season back on track however Boro made a blistering start and dominated possession in the early stages . Both Akinwande and Nouble were creating problems for the visitors and after an early chance missed by Durojaiye Boro came close on a couple more occasions as O’donoghue combined with Mcdonald down the left flank and the Margate defence had to be alert to repel the dangerous crosses.

Boro’s fluency however was disrupted by the loss of Aresti who was having a fine game until the 28th minute when he reacted to what he perceived to be a foul and the referee had no option but to give him a straight red card . As expected Margate began to see more of the ball and retained possession without causing any alarms to Pajetat in the Boro goal. 0-0 halftime
Boro came out of the blocks quickly in the second half and pushed back the Margate defence and with Gabriel making a nuisance of himself and Nouble stretching the visitors it looked as though it was just a matter of time before Boro would open the scoring . It wasn’t to be however and Margate after the introduction of a couple of substitutes appeared more dangerous although the Boro rearguard held firm. After Stone ( pictured ) had forced an excellent save from Wells in the Margate goal the deadlock was finally broken with just 3 minutes remaining . Mcdonald’s corner being headed home by Gabriel much to the relief of Boro’s biggest ever home league crowd of 456 . Margate pushed for an equaliser in the closing stages but were denied and Boro took the points to maintain their lead at the top of the table .