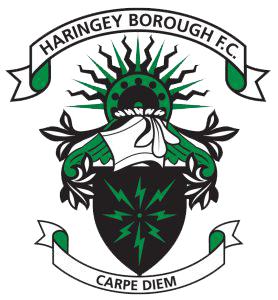 Boro progressed to the final qualifying round of the Emirates FA Cup for the second year running at the expense of their Suffolk based opponents.

AFC Sudbury can count themselves unlucky not to have forced a replay after a spirited effort particularly in the second half.

Sudbury started well as Boro expected having seen their efforts against Bognor and duly took the lead after only 17 minutes when a well struck shot was parried by keeper Pajetat straight onto the knee of the unfortunate O’donoghue who inadvertently directed the ball into his own goal. This prompted a response from Boro who thought they had equalised after a shot from Aresti struck the post and the rebound was calmly finished by Mckenzie. However the linesman flagged ( wrongly as replays show ) for offside and the goal was chalked off.

Mckenzie did not have long to wait when he managed to get a finishing touch to a goalmouth scramble after a Boro corner on 39 minutes.

Shortly after that Akinwande narrowly missed with a long range effort . 1-1 at halftime and all to play for.

Boro started the second half on the front foot and the retreating Sudbury back line were placed under enormous pressure .

Nouble almost adding to the Boro tally after a fine run eluding a number of players ended with his shot over the bar.

It wasn’t long before Boro’s supremacy told when a fine Mitchell turn and shot was deflected into the net by the lethal Mckenzie who claimed his fifth goal of the FA Cup campaign .

Boro pushed in search of another and two efforts from Akinwande and a fine header from Sambu came close.

As the game opened up Sudbury themselves created good chances and should have equalised when Kelly was clean through and passed the ball wide of Pajetat and wide of the goal and similarly Turner had a glorious chance when through but his effort was blocked by Mitchell.

Sambu had two more efforts and Nouble should have put the game to bed but the clearest chance fell to Holland of Sudbury in the dying moments when his right foot effort from 10 yards flew over the bar depriving Sudbury of a deserved equaliser. Certainly no suggestion at any stage that Boro were in a higher division and Boro were thankful to have done just about enough to merit their place in the next round.