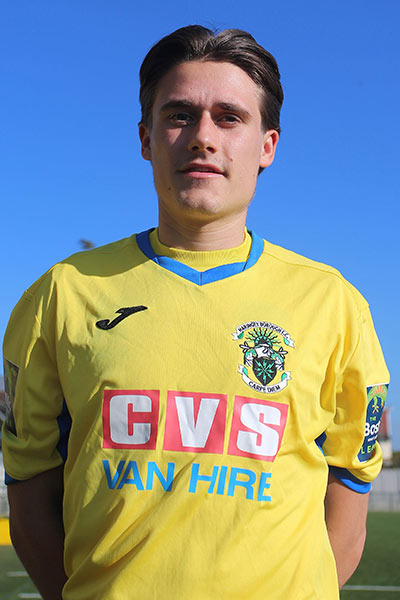 Boro welcomed back old boy “Olu” Durojaiye signed from Maidstone and deservedly secured their 7th league win in a row . Gabriel started his first game since his return, McDonald and Mckenzie dropping to the bench and Nouble back in after being rested against Folkestone . An early Charley Barker strike settled Boro and Stortford were pushed back in the early stages as Boro looked to double there lead and carry on their good form in front of an impressive Monday night crowd. With the Bell end in good voice a great atmosphere ensued. Stortford for their part got into the game and looked comfortable in possession and with former pro Cureton up front looked dangerous.A few half chances were created and Pajetat dealt with all that came his way with his customary assuredness.1-0 halftime. The second half began with Boro on the front foot and after only 47 minutes were awarded a penalty after Gabriel was upended and Nouble fortuitously scored . Thereafter Boro pushed for another but were caught on the break and substitute Callender headed home to lift Stortford spirits . That was as good as it got for them however as the fightback did not materialise and when Durojaiye fired home on 66 minutes the game was effectively over. Boro introduced McDonald and Mckenzie and the two combined to create a great chance for Mckenzie who hit it over the bar when well placed . No more scoring and another win putting Boro into second place. A far cry from the 18th place when AFC Wimbledon arrived on 09 November. Boro will look to secure an 8th league win in a row when they visit Worthing on Saturday in what is becoming a memorable season all round for everyone concerned with the Club