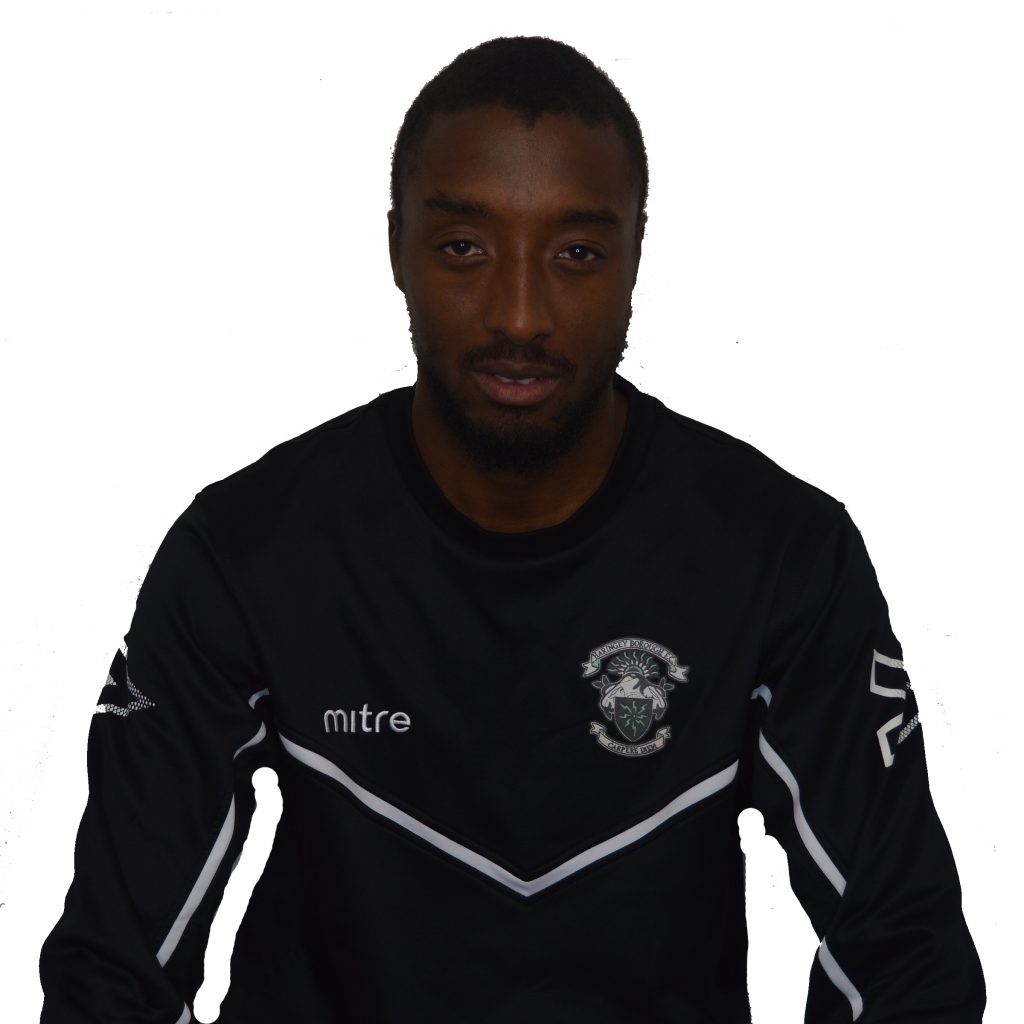 Wow what a game !! Boro looked to bounce back after last week’s defeat away at Tonbridge Angels and at half time it looked as though they were well on their way. Two first half goals put the Boro well in command against a lively Burgess Hill side who were looking to battle their way out of the relegation zone. The first came from the penalty spot on 38 minutes after Noubs was flattened Gabriel( pictured ) scored with a well struck effort past keeper James and the second on 41 ,an open goal after great work down the wing by the impressive Stone led to the keeper parrying the ball in front of Gabriel who couldn’t miss from two yards. 2-0 Half time .
No one however foresaw the emergence of Burgess Hill after the break as a new side !! 4 goals in a 15 minute spell turned the game on its head. The first on 52 a wonder strike from the left edge of the area by Rance and then a second 4 minutes later when Aaron Smith- Joseph curled a beauty past the despairing reach of Pajetat in the Boro goal. Worse was to come for the home side 4 minutes later after a lucky ricochet put Pope clean through and the less said about his actions thereafter the better. The referee pointing in amazement to the spot and Pope put the resultant penalty high and wide of Pajetat. Boro were stunned and incredibly matters got even worse as on 63 minutes substitute Sargent saw his tame mis hit effort deceive Pajetat and nestle in the bottom corner. From 2-0 down to 4-2 up in the space of 15 minutes . Boro tried valiently to get back in the game but their efforts were thwarted by a resurgent Burgess Hill. The game did however begin to turn once again when a double substitution by manager Loizou saw the introduction of Mcdonald and Sappleton. With Sappleton’s physical presence causing immense problems for the Hillian’s back line he almost scored when he outmuscled the centre half and when clean through tried an audacious chip which was only just taken by James in goal. Shortly thereafter Sappleton became provider when he chipped to the far post where Mcdonald only just failed to put the finishing touches to the move. With time running out and Boro getting more frantic the breakthrough was made in the 89 minute where after a goalmouth melee Sappleton’s overhead kick struck the outstretched arm of a Hillian defender and the referee had no option but to point to the spot. Gabriel made no mistake for the second time sending James the wrong way. Still time to mount another attack and in injury time after another scramble Noubs was felled as he went past the defender just inside the box. Another penalty and again Gabriel notched his 3rd penalty and fourth goal of the game in emphatic style. Mass celebration from the Boro faithful as an unlikely point was salvaged. Full credit to the Hillians who on that second half display will be confident of retaining their premier league status .