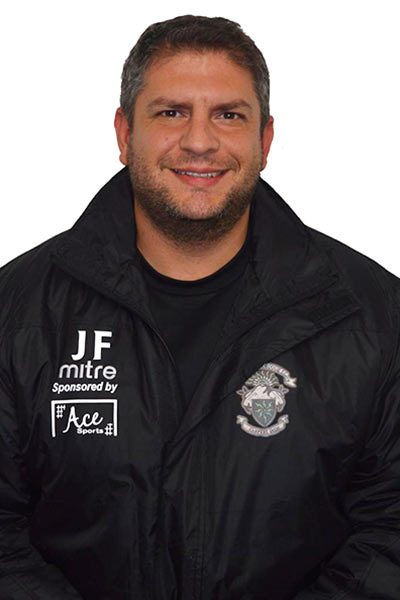 Boro’s pre season friendlies although positive in many ways had until last Weds failed to produce a victory. Much of the same on Tuesday night when Coggeshall United visited and secured a 3-1 victory although Boro did not field their strongest team in light of that late addition of a friendly against the Queens Park Rangers under 23’s scheduled for the following evening . A number of Boro’s under 23’s and trialists performed against Coggeshall who were in truth far too strong and the scoreline was a fair reflection of the game overall . On Wednesday we entertained the QPR youngsters and after 10 minutes of watching them pass the ball around with such accuracy the home faithful must have feared the worst. However after that opening spell Boro began to dominate, the midfield trio of Olu, Lionel Stone and Georgios Aresti began to tackle with an intensity that seemed to surprise the QPR boys and after having gained a foothold in the game began to look very threatening. One fine move midway through the half saw new boy and left back Stelios Demetriou overlap and latch on to a wonderful flick from Chid and then with time to pick someone out he effortlessly found Froxylias who cooly slotted home. 1-0 to the Boro and well deserved. Better was to arrive only minutes later when from a free kick on the edge of the area Froxylias again curled the ball into the top corner . 2-0 half time and the Bell  end boys were finally heard in full force as they scented the first win since March !! Both sides rung the changes in the second  half with Boro making 8 subs throughout . Only Aresti, Coby Rowe and Olu played the full 90. Whilst not as dominant as they were in the first half Boro nevertheless still created chances and the boys on the pitch looked well capable of securing a first team start . One of those keen to impress being the ever dependable Scott Mitchell who with 10 minutes left thundered a header past the QPR keeper from a whipped in free kick from the impressive Aresti. 3-0 and apart from one glorious chance missed the QPR boys did very little to threaten the Boro goal . A great win from what is becoming a settled and threatening team and the good crowd of almost 300 witnessed the transformation that has taken place over recent weeks . With players still not available and others still regaining fitness the future once again is looking bright . Onwards and upwards as we host Harlow Town this coming Saturday 27 July . Entry prices as for all pre season games £5 adults £3 concessions. Come and see for yourselves the Boro revolution as we near the end of the pre season matches and gear up for Corinthian Casuals on 10 August after we entertain Westfield FC on the penultimate Saturday namely 3 August before we get under way in earnest  .