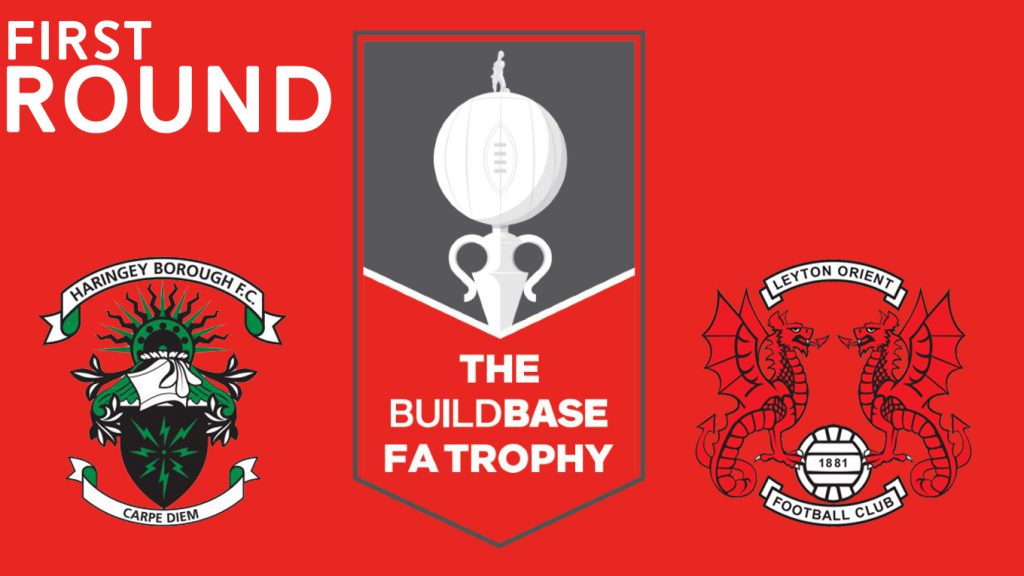 Chairman Aki Achillea stated “ What a fantastic draw for the club, this will help raise the Club’s profile to recently unchartered levels. Not since the 1960’s has this club been on such a high and it gives the community an

opportunity to come to our new revamped stadium and watch top level football, Make no mistake Orient will be right up for giving us a pasting to get their season back on track but I am hopeful that we have the quality to unnerve and unsettle them and I expect a bold showing from our boys. The greatest thing however is that a fixture such as this will hopefully galvanise the local community to come and see what we are doing here and carry on supporting us beyond this fantastic fixture . We have resolved to keep our entry prices the same as they have been all season. We will not try and cash in at the expense of our true supporters and additionally it would be morally wrong to try and sting the vast number of away fans who I am sure will come and see the game. I used to follow the O’s when I was a youngster and lived locally and I love the club and it saddens me to see them where they are.

However it has been my dream for so many years to develop a club here at Haringey into a club that the Local community can be proud of and that the local kids grow up wanting to play for. We have a long way to go but we are getting there. My philosophy has always been to recognise the deprivation in our area and provide football to the players at an affordable level. Our players at all age groups do not pay subs to play and our supporters benefit from the free season ticket offer that is in it’s second year now. We hope to attract supporters from other pro clubs in the London area who do not have a team to watch on a Saturday if their team is playing away. We have already this year attracted many such supporters from the likes of Tottenham, Arsenal, West Ham and even as far away as Fulham and hopefully after this fixture a few more O’s fans will want to attend again and take advantage of the free ticket offer for the remainder of the season , we still have 17 home league games left . Just apply for an application form and collect your ticket. No catch just free entry.

The FA Trophy game against the O’s is however a charging game where season tickets DO NOT APPLY as we are obliged by the FA to share the gate money and therefore have to charge every entrant. The usual admission prices will apply namely £7 adults £3 Concessions ( senior citizens, students and under 18’s ) Children under 16 go free .

Details of any ticket arrangements for this game on 16 December will follow shortly.