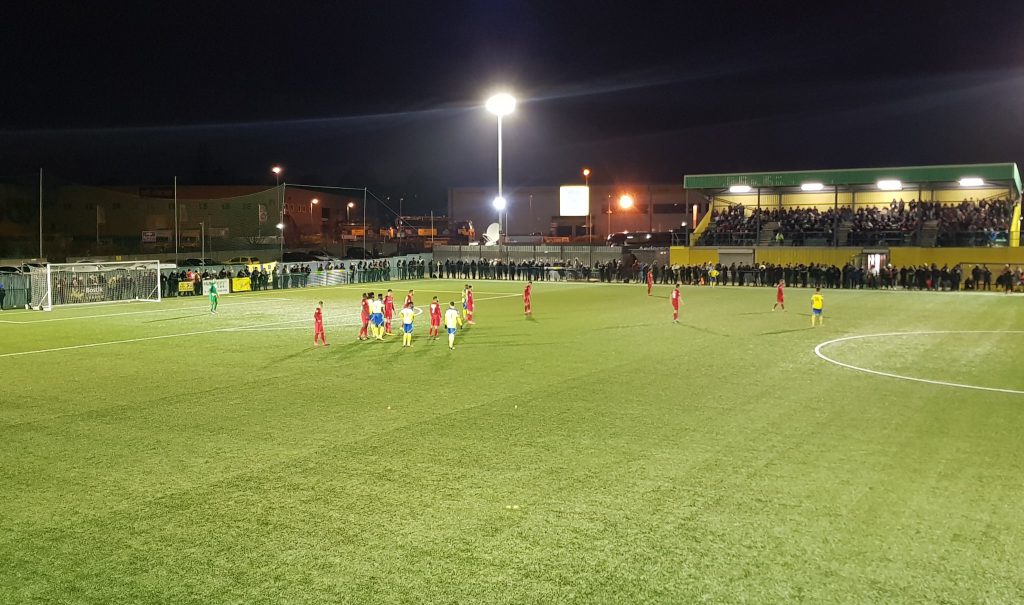 Haringey Borough gave their esteemed visitors a real fright in the first round proper of the Buildbase FA trophy match.

Michael Ademiluyi gave the hosts an early lead to spark euphoria amongst the home supporters.  A crowd of over 1100 the largest ever to have been gathered at Coles Park truly believed that an upset could be on the cards and when Macdonald came mighty close to adding a second midway through the first half the Boro supporters started to believe that the impossible was indeed possible. At the other end keeper Harris kept out what little was on offer from the O’s and at half time the score remained Boro 1 Orient 0. An enforced substitution at halftime was to have an immediate effect as the loss ,due to injury, of Richards in the centre of midfield led to the O’s getting a foothold in the match for the first time and their organisation and fitness began to come through. Nothing of note was created until the 58th minute when a corner from the impressive McAnuff was headed in by Coulson. The O’s thereafter continued to enjoy the majority of possession and  struck the woodwork before in the 78th minute another well executed delivery from a corner by McAnuff led to Harrold heading home with his first touch having entered moments earlier as a substitute . Boro pushed for an equaliser in the last ten minutes or so and substitutes Edwards and Heather both came close but in the end the O’s defence held firm and the dream was over. A fantastic display nevertheless which proves beyond any doubt that this squad of players can go forward with confidence and push for promotion in the forthcoming league matches .