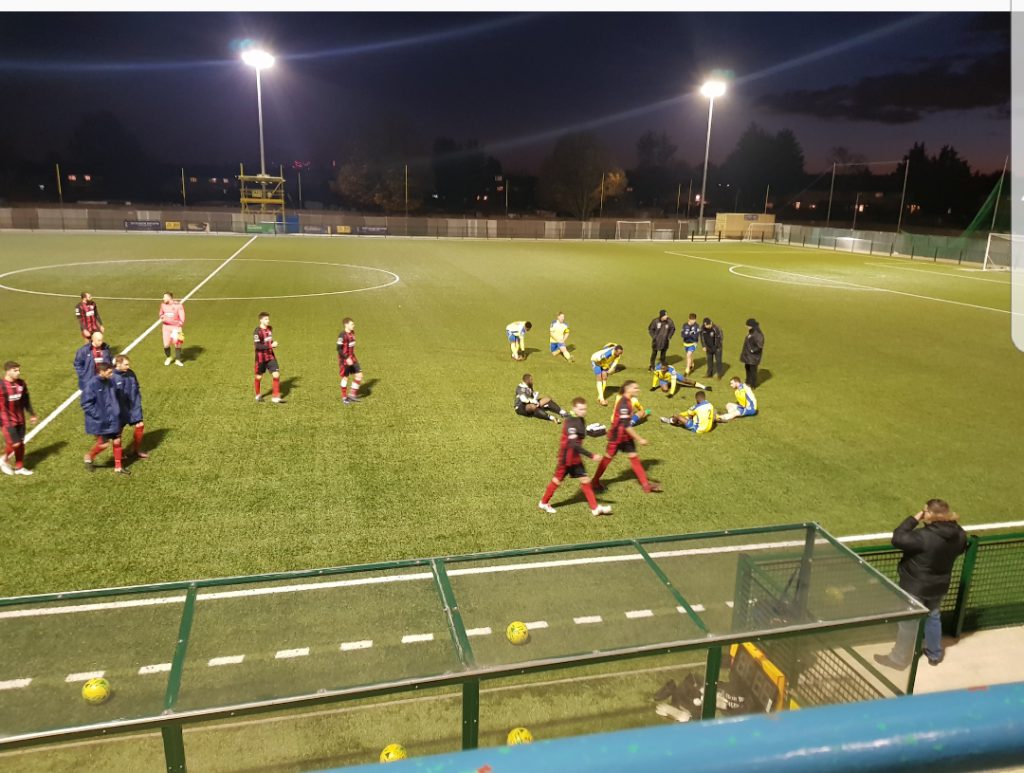 Thame United played Haringey Borough for only the second time ever and first at Coles Park, for the right to be put into the 1st round hat of the Buildbase FA Trophy and portenatinoary face a Vanarama conference side. And for most of the game it could have been either side until the last five minutes when Haringey upped their game to score twice.

The first half was all Haringey but with all their possession they just couldn’t put this tie to bed and only had one goal to show for it.

Borough’s first real chance came 15 minutes in when Joseph Benjamin tried a left foot drive which Craig Hill got down well to his left. The resulting corner was cleared to the edge of the box where Ryan Hervel had two chances but was blocked both times.

The breakthrough came 15 minutes later when Jordan Edwards finished from six yards out after a telling cross by Daniel Aristidou from the right.

The only other chance in the half also fell to Haringey, when Rakim Richards shot over after Anthony McDonald’s long run and cross fell to his feet.

The second half action really didn’t get going until 15 minutes in and then it was all Thame.

First Lynton Goss beat 3 defenders but his shot was weak and Ashley Harris, back in a Borough shirt at Coles park for over a year, gathered safely.

Ten minutes later he was in action again, this time saving low to his left from a free kick at the edge of the box. And just after this, his best save, when another free kick this time 25 yards out was held with Thame forwards bearing down on him for any mishap.

He had no chance with Thame’s equaliser though. The ball was put into the box and the ball was pinging about like Roger Daltreys pinball wizard, when Dan West shot low into the net.

Haringey’s second was a penalty. Rakim Richards raced into the box and was nudged resulting in him landing in a heap. McDonald placed the ball on the spot and coolly placed it pass the keeper, who dived in the right direction but couldn’t reach it.

It was nearly 2-2 when a Thame free kick on the half way line caught whatever wind they was and nearly bounced over Harris but he kept it out just.

Going into time added on, Thame had a corner, goalkeeper went up, ball cleared, you can guess the rest. Michael Ademiluyi outraced the defenders and finished without any problems. Game over.

Ref blew and for the first time in their history Haringey Borough will be fighting it out with the big boys in the first round proper of the FA Trophy.

First up though is Potters Bar away on Tuesday and home to Hertford on Saturday 2nd December both for league points. Forget Christmas shopping, enjoy the football.