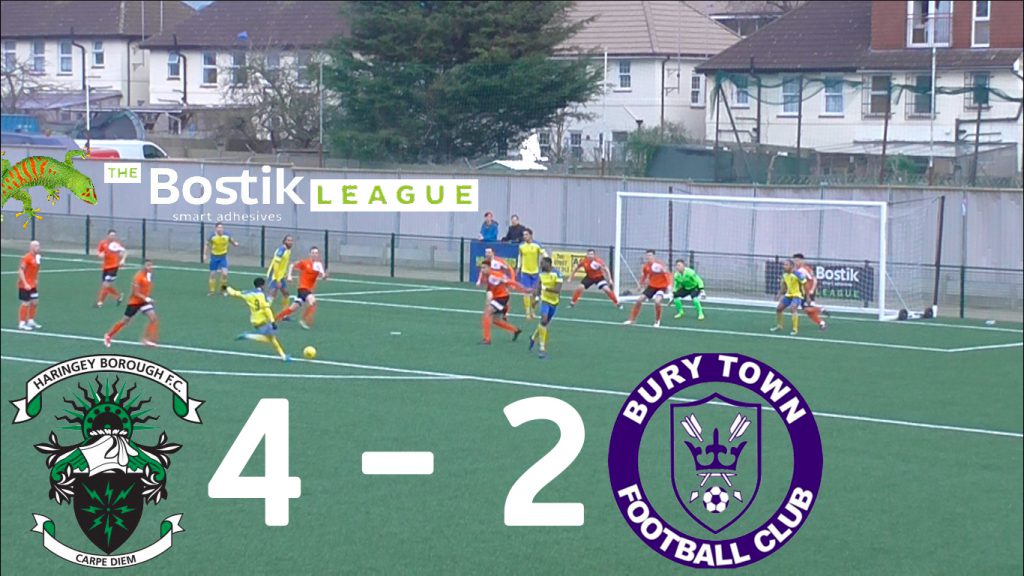 Another home game saw Boro turn it on against a Bury side who have lost only two games since November. The problem for Bury is they also draw too many. and as a result are not as high in the League as they should be In only the 3rd minute boro took the lead when Michael Ademiluyi justified his selection with a ferocious right foot shot that gave the Bury keeper no chance. When Lawrence Yiga added a second after only 22 minutes it seemed to e a question of how many . How wrong could the boro faithful be as Bury scored twice right at the tail end of the half. First a fine free kick from forward Ramadan and then only a minute later Mills got in on the act prodding home from close range. 2 each at half time and no doubt Tom was fuming!. Boro started the second half on the front foot but Bury came more into the game and showed what a good side they were . A couple of near misses for them proved costly as Junior Luke came in from the right hand side and curled a delightful effort into the topcorner.Hurting himself in the process he was immediately subbed. Bury pushed for an equaliser however in the 83rd minute the game was finally put to rest as Asamoah scored from the spot to give the scoreline a rather flattered look for the home side . Nevertheless 3 well deserved points maintained the boro push for the play offs and opened up a gap between boro and Bury who themselves harbour similar hopes.