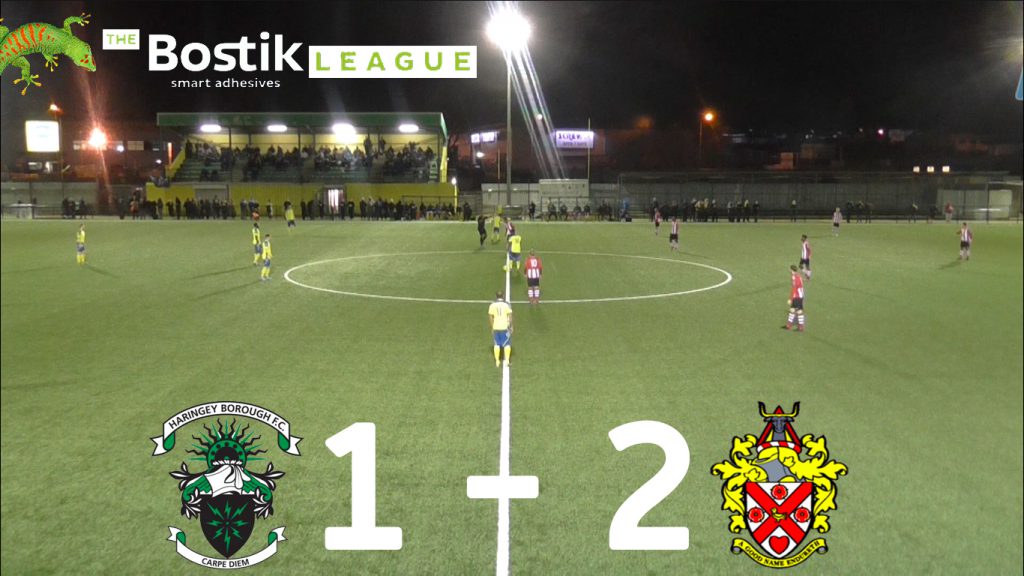 Since 2015-2016, when Haringey were promoted from the Essex Senior League, they have played Hornchurch 6 times with Borough losing all 6. Also Lawrence Yiga’s goal is the first scored at home for Haringey in those matches!

The game started slowly with both sides sizing each other up. But after 10 minutes Hornchurch scored with a header from a free-kick which should have been given in Haringey’s favour, but the referee thought differently.

Hornchurch nearly doubled their lead a couple of minutes later, when Austin Byfield tipped over a Purcell shot from the edge of the box.

Haringey had a decent chance to equalise on 15 minutes. First Derek Asamoah shot was saved and Michael O’Donoghue’s follow-up was also saved by the keeper. The only other chance in the half fell to Joseph Benjamin, who hit the ball wide from 8 yards after a good run by Michael Ademiluyi.

Apart from a Haringey effort midway through the second half, which Yiga put wide after a scramble in Hornchurch’s area, the game was petering out for a 1-0 score line to the visitors, when in the last 5 minutes it woke up.

Hornchurch took a corner with a couple of minutes left, which was going into the top corner, but Byfield kept out and tipped over. The resulting corner found Leon McKenzie unmarked on the six yard line and he headed home.

Game over? Nearly. O’Donoghue raced down the left wing and his fierce cross was met by Yiga, who steered his header pass the goalie.

Was there time for a second? With 5 substitutions and a lengthy stoppage for the trainer, there should have been a minimum off 6 minutes. The referee blew after 3!

AFC Hornchurch controlled the game and look like they will go up this season without having to go through the play-offs again. Haringey need to put this result to bed and concentrate on upcoming home fixtures against other top 10 teams. Starting with Grays Athletic on Saturday the 20th January and the following Monday versus Potters Bar Town. Come down and get behind the players.