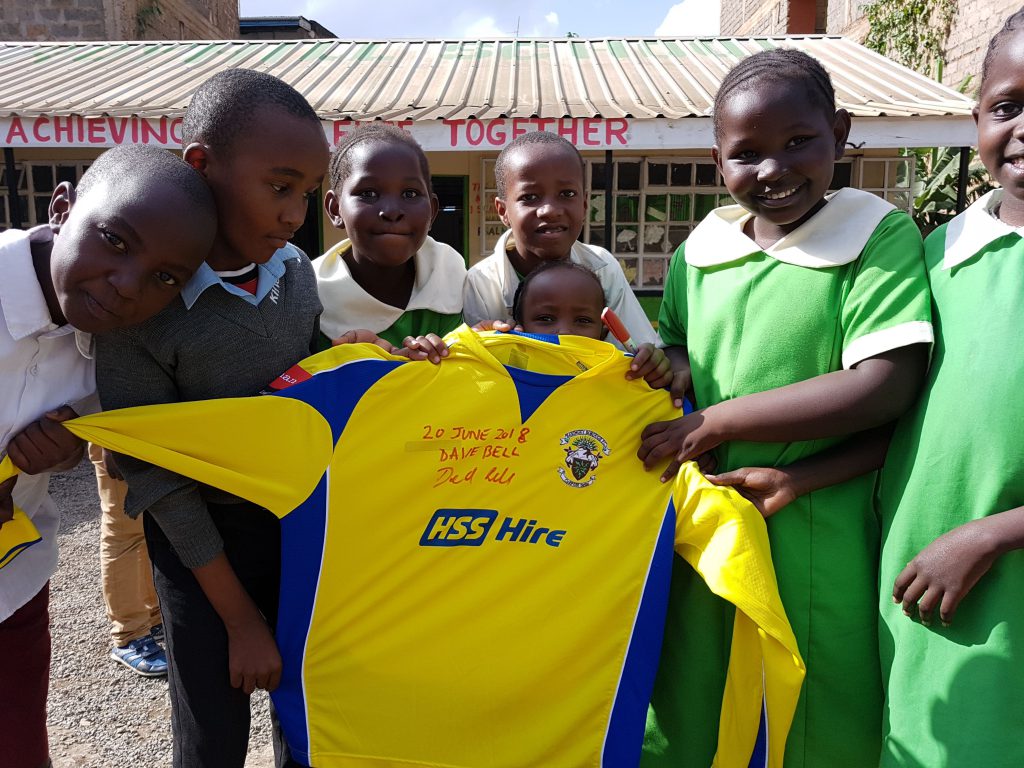 It has been a great start to the season on the pitch, with 5 wins out of 6 giving us 15 points and 2ndplace in the League at the end of August so well done to Tom, the players and the management team for working hard through pre-season to enable the foundations to be built for our new squad.

It has been no surprise that our amazing fans have started the season in full voice and continue where they left off from last season, even with it being the holiday season. It is incredible the support they provide which is loud, humorous, (self-imposed) free of swearing and provides a massive boost to the team.

A key part of getting the support over the last few years has been to build on our ethos of making this a true community club and by providing FREE season tickets now for 4 seasons, we have been able to open our doors wide to the whole community.

Supporting charities is an important part of our role in the community and in the close season we hosted charity matches; in June we saw MC Bushkin and ex pro Nile Ranger captain UK All Stars and Football Stars teams respectively in an anti-knife event that aimed at ‘bringing the community together’ and raised funds for 3 separate charities and in July supporter Chris Mousicos arranged a ‘playing through adversity’ match which had celebrity support and raised considerable funds for children with challenging mental health issues

We want to keep on building on our community involvement and have been working with local schools to increase awareness on who we are, as well as to invite them to matches whenever they can make it. We had a great community match last season when children from Earlham Primary School attended and picked their player of the match and Dave our Community Integration Officer attended assembly at the school to explain a little bit about the club and invite them to our games.

Dave also runs his own project (Dave Bell Foundation) which is supporting communities in Kenya and we have gladly supported this initiative. In June 2018 we provided a full kit to Dave to give to take over there to a local team and after seeing the videos of fans of Wailers FC and children at the local school that Dave works with, Royhill School in Zimmerman, singing the Haringey Borough songs we saw what football can mean to communities however near or far.

In December 2018 when we played Leyton Orient in the London Senior Cup, we made it a ‘Dave Bell Foundation game’, donating gate receipts to cover an economically disadvantaged child to go through Royhill School for the 2019 school year. Dave also gave a presentation of what has been done so far and what he planned to do and the amazing Haringey Borough and Leyton Orient fans who were there on the night, donated another £230 which gave the Dave Bell Foundation (DBF) £510 from the game.

We have seen the great videos and pictures from Kenya that Dave has provided and it is amazing what a small amount of money can do to really transform lives and we have gladly agreed to donate £20 from every home league game this season to DBF. Dave is going back out later this month, so we look forward to seeing more videos from Kenya!

When he comes back, Dave will continue to build on the ideas we all have to keep the local community fully involved and we will all grow together and make this a truly fun and inviting place to be for all the community on match days and beyond.

Enjoy the season and we look forward to keeping you updated on all that we do.

We’re Haringey Borough and the community are on the up, up, up!