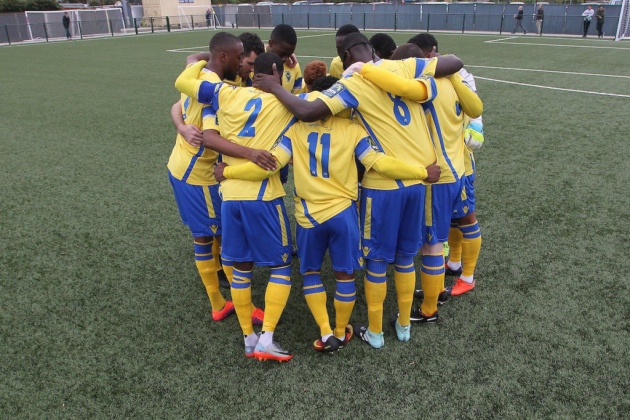 After the last minute equaliser from Harrow on Saturday, both teams met again to have the right of visiting either Sittingbourne (Bostik South Division) or Merstham (Bostik Premier Division) on the 11th November.

The first half was a real low key affair with neither side truly testing their opponent’s keeper, but it came to life just after 25 minutes, when Haringey’s Michael Ademiluyi received the ball inside Harrow’s box and dummying the defender fired low across the keeper to score.

The only other action was all in the last 5 minutes, when Ralston Gabriel latched on to a bad back pass and raced through with just the goalkeeper to beat, tried to serve it round the keeper but put it wide.

Harrow had the last shot. A free kick directly in front of goal and only 20 odd yards out was hit by George Moor who blasted it, the Haringey wall stood firm, blocked his effort and cleared it to safety.

The second half was increasingly better than the first. Both teams trying to win the game instead of letting their opponents take control. But Haringey were still the better side.

Ademiluyi should have made it two, but a snapshot inside the area was gathered by Melvin Minter in Harrow’s goal low to his right. Harrow had thought they had scored when Charles Banya touched home, but looking across, the assistant referee had his flag up for offside.

Twenty minutes were left when Harrow’s Howard Hall was stretchered off after damaging ligaments, trying to prevent a Haringey attack by the corner flag. A good 10 minutes were taken with both physios and various attendants helping.

The game restarted and within 3 minutes it should have been 2-2! First Gabriel again had another one on one, but a loose final touch let the keeper gather the ball before Gabriel could shot. Then Haringey’s keeper Valery Pajetat saved well down low from a Reis Stanislaus shot and then got hurt in saving at the feet of the same player a minute later. This again resulted in a lengthy stoppage, but this time the player stayed on.

The last meaningful action resulted from a Harrow corner. With the board going up to say 8 extra minutes to be played, a Haringey player headed off the goal line, with the keeper beaten while covering the post.

Just one thing to add, the board said 8 extra minutes, the ref played nearly 15!

A solid performance against a side in a higher division, but Haringey need to keep up the consistently with games coming against the top two (as I write) in November, versus Canvey Island (away) and this Saturday at home against league leaders Dereham Town. This is the time to get behind the team and cheer them on.