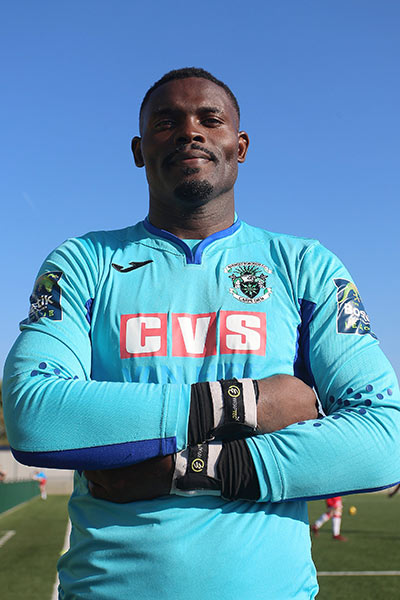 Disappointing day for the Boro as we were defeated for the second time this season by Harlow town who belied their lowly league position with a well deserved and hard fought victory last Saturday. Harlow came out of the blocks quickly and caught Boro napping after only 2 minutes when a rehearsed corner move was slotted home by Hitchcock whilst the Boro defenders looked on ! Thereafter for the opening 20 minutes Boro continuously lost possession giving the initiative the hosts but slowly got into their stride as the half wore on. A couple of chances were created as firstly Kirby forced a good save from Bexon in the Harlow goal and then Gabriel firing over when well placed. Boro had more of the game as Harlow backpedaled but couldn’t make the breakthrough. 1-0 Harlow half time. The second half was only 37 seconds old when Harlow doubled their lead as Aqcuah passed the ball into an empty net after a fine save from Pajetat fell at his feet . Boro raised their game and Gabriel scored after 56 minutes when Mcdonald was upended and the ball fell to Gabriel who showed composure to slot home .Thereafter the hosts were under extreme pressure , corner after corner was repelled by the Harlow back line and a combination of poor finishing and excellent keeping kept Harlow’s slender lead intact . Most notably two fine saves by Bexon from firstly Akinwande and then O’donoghue prevented an equaliser and then Pajetat the Boro keeper(pictured ) was injured and after soldiering on was removed and replaced by reserve keeper Jackson .In injury time as Boro pushed forward they were caught on the break and Jackson conceded a penalty. Hitchcock blasted over but Harlow held on to secure a vital win in their battle to avoid relegation and left Boro to contemplate what an extraordinary two months as their 15 league match unbeaten run came to an end. Next week Boro host Margate and hope to embark on another run that will secure promotion to the Vanarama National League