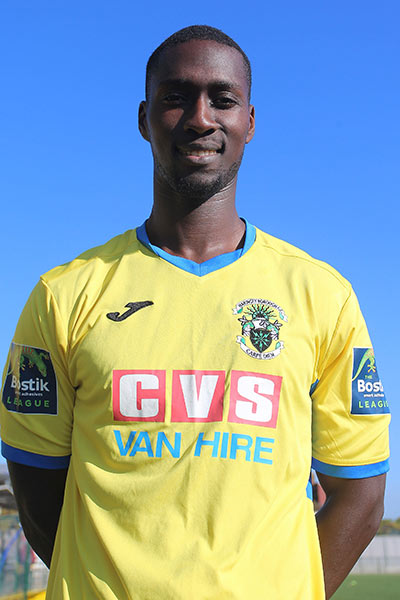 Boro’s excellent start to the season continued with a great win away at Leatherhead on Tuesday night. Always a tough place to go Boro were full of intent from the start as they sought to banish the memories of two league defeats last season against the Tanners . A quiet opening as both sides sought to feel each other out  and the game sparked into life on 17 minutes when the referee awarded a penalty to Boro after a handball inside the area. Confidant Chiduben  Onokwai left Oualah in the Tanners goal rooted to the spot as he expertly stroked the ball into the top corner. Two goals in two games for the striker who is certainly doing his bit to step into the shoes of  last season’s strikers. Leatherhead pushed for an equaliser thereafter but without causing Pajetat too many alarms in the Boro goal. An equaliser did arrive however on the stroke of half time as Dsane also scored from the penalty spot after an errant challenge by Aresti.  1-1 halftime

Boro came out with more purpose in the second half and dominated the opening exchanges . Mcdonald on the wing caused all sorts of problems for the Tanners full back and on 51 minutes he burst through and laid the ball square for Akinola to calmly control and despatch the ball into the corner . Scenes of celebration from the numerous Boro faithful who had travelled to the game became a riotous party as Sambu ( pictured ) scored a bullet header from a Mcdonald corner to put the Boro 3-1 on 67 minutes. At this stage it seemed as though Boro would score more and Mcdonald lobbed just over the bar shortly thereafter . Credit to the home side who did not give up and  Gallagher set up a nervy finish as he netted on 86 minutes. Boro held on however and now move to Saturday when they visit Cheshunt looking to maintain this early season form.