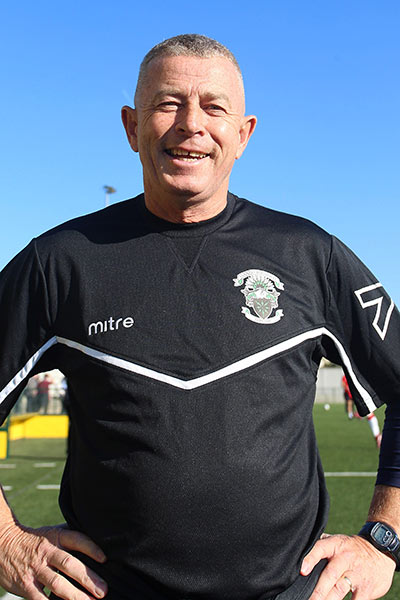 The rebuilding exercise continues in earnest. On Saturday 13 July we had an excellent game against Staines Town FC who are in the process of rebuilding themselves after a dreadful 2018/19 season . A good game played in a good spirit  saw both sides play a number of trialists and with several being keen to impress there were plenty of opportunities  carved out and goals galore. Staines opened the scoring and were then pegged back by an excellent equaliser by new signing Ezekiel ( Issi) Bedemosi . Staines were the more dominant and an error strewn display by the Boro defenders saw Staines score twice more to lead 3-1. Many changes were made by both sides and Boro began to exert a little more pressure. Great to see old player  Olu Durojaiye back amongst the boys and he has promised to play this season if the fans find a proper song for him !! Boro came back into the game when  another new signing Chid Onokwai netted and the comeback was completed by new Greek Cypriot signing Paris Panagiotou .

The following Tuesday 16 July  Boro were delighted to visit our friends at AFC Sudbury and play a full part in their 25 year celebrations. Another great game which saw a skilful and youthful  Sudbury side dominate the first period, taking a well deserved  one goal lead and they were then pegged back by and excellent header from the impressive Chid who is certainly staking his claim to fill the boots of our former strikers.

In the second half Boro turned on the style and it certainly looks as though Tom has transformed the team with the mixture of new and old looking to forge an excellent relationship it would seem that this  season’s new look Boro will certainly be a force. No more goals by either side but a truly great evening in wonderful surroundings with good friends .

On to Saturday 20 July  and the visit of National League Borehamwood  FC, another feather in our cap that a side as high profile and strong as Borehamwood were happy to offer us a game and a massive thank you to them for that. It means a great deal to us and cements our very strong relationship with the club. Not the most inspiring of games if truth be told. Boro huffed and puffed in the first half without creating much. Borehamwood had the bulk of possession as you would expect in the final third but the new look partnership at the back of Alexandrou and Rowe kept them at bay . With Scott Mitchell and Rakim Boro certainly have enough strong centre halves to see the season out . With  Val as commanding as ever there was not much threat aerially and with potential new full back Demetriou impressing things are shaping up nicely .

Two late goals gave Borehamwood the spoils but it was a very worthwhile exercise for both sides and as stated before an opportunity for Tom to see these new players in a good environment and it all adds to his understanding as to the strength of player we have garnered over the summer. By no means complete but the squad is shaping up and expectation has been raised after last season’s exploits and the new look team will be looking to surpass the achievements of last season.

Next up Coggeshall United Tuesday 23 July quickly followed by a QPR XI on Wednesday 24 and Harlow Town on Saturday 27 July. Admission prices as before £5 adults £3 concessions